This is the view down the side of our house where there is an ancient decrepit fence covered in an equally ancient ivy. The ivy was, I think, planted when the house was built and is therefore nearly 60 years old. The fence is certainly that old and needs replacing. 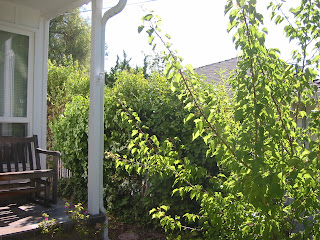 We had several quotes to remove and haul away the ivy, but instead decided to do it ourselves. After a hard mornings work the view was somewhat different: 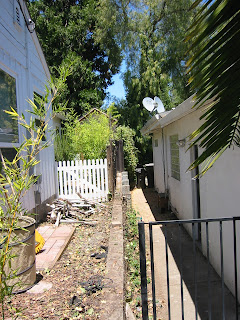 We rented a trailer to haul the ivy away to the recycling station, the fence will be replaced shortly.

We felt very much like the early days when we bought the house. It was a 'fixer' and due to financial constraints (!) we did a lot of the fixing ourselves. What we really ended up doing was a lot of demolition as that was firmly within our capabilities. Be were both tired but satisified with a job well done!