What I knitted on my holidays

I did get some crafty time during our vacation. On my day out with Ingrid, we met at Liberty of London. 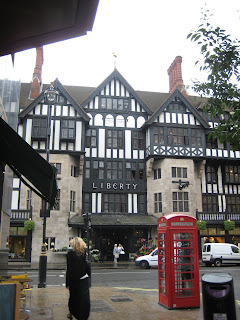 Sadly, the neither the wool, nor the fabric departments were what they once were. I did buy some Tana lawn for a top for me but I saved my yarn purchases for my day out with Christina.

Christina and I went to John Lewis in Oxford St and spent a couple of hours looking at the new Rowan books, and the samples. I bought the book and yarn to knit Lamour from Rowan Magazine 44 in the Grand colour of Rowan Wool Cotton.

Christina set me up on her wheel and I produced this: 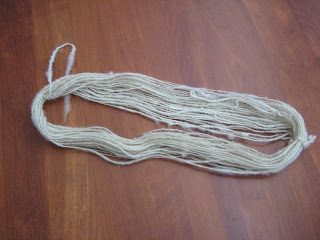 I knit some socks for my Grandad, whom we didnt get to see this time. I hope he likes the socks - usual recipe, Austerman Step. 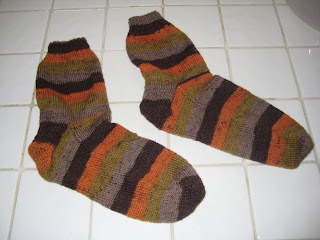 I also managed to turn the silk garden into this: More on this to follow.
Posted by Alison at 9:35 AM No comments:

This week saw the first day of school... 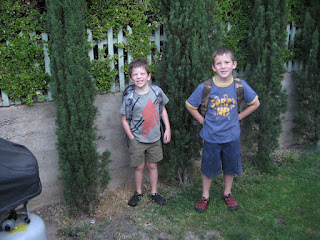 and Finlay's first day at Kindergarten. 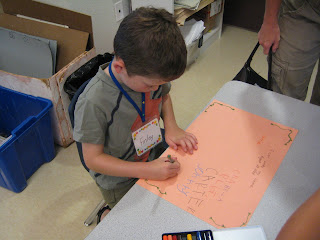 He had a lovely day, made some friends, and really likes his teacher.
He was also thrilled that we can all cycle together to school. 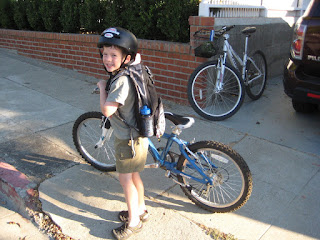 Posted by Alison at 8:51 PM No comments:

What I did on my holidays (loads of pictures)

Ferretworld just returned from it's vacation and blogging break. We spent nearly a month in the UK: 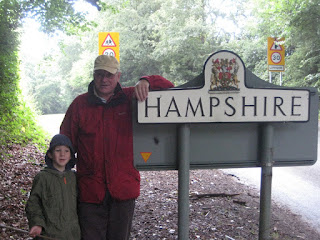 While we didn't go to the UK for the good weather...we did have terrible weather while we were there... 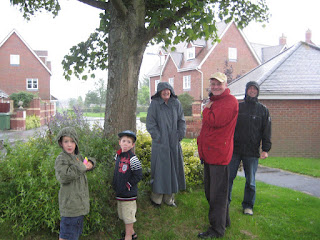 but there were many sunny moments! 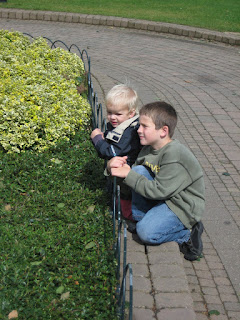 The boys got to spend a lot of time with their cousins: 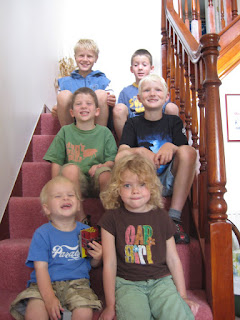 In fact they saw all their cousins this trip - but we didnt get a good photo of the scottish cousins!

We took a side trip to France with Eileen, spending a few days in the seaside town of Wimereux. 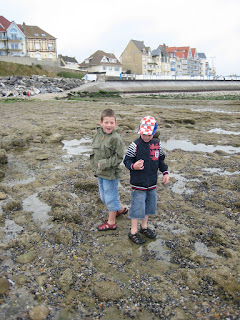 We also passed a rainy day in Boulogne exploring the walled medival town and chateau. 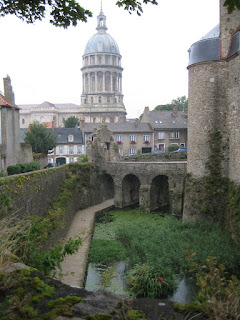 We did manage some eating and drinking, but the highlight for the boys was meeting a couple in this restaurant with a ferret on a leash! (No photo of the ferret). 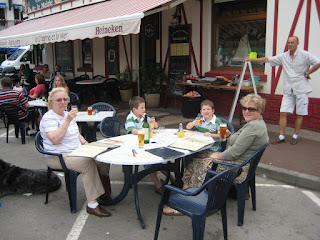 I fitted in some culture: spending a day with Ingrid in London, culminating with a performance of Timon of Athens at the Globe. 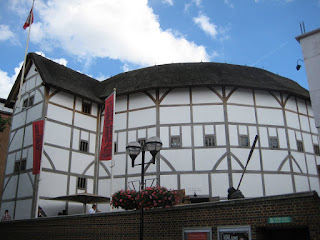 I spent a happy day with Christina, hanging out in John Lewis, knitting, and learning to spin, but sadly failed to take any photos.

We did some sightseeing and made a trip to Legoland in Windsor and were able to compare this... 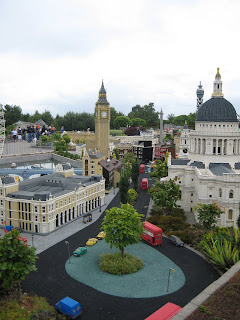 with the real thing! 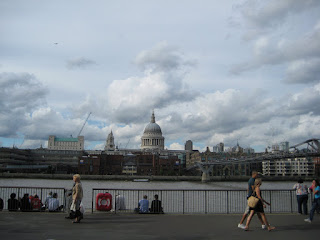 We also absorbed some of the history - We took the boys to Winchester to see King Arthurs Round table, 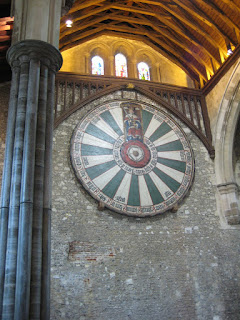 which they could compare with the knights at Legoland, 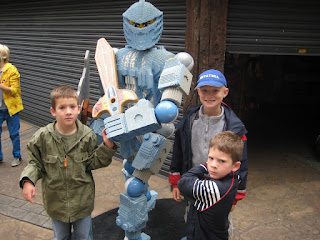 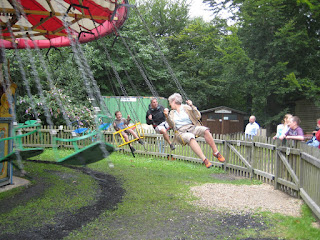 and followed this up with a trip to The Science Museum in London where we saw Stephenson's Rocket among other things. 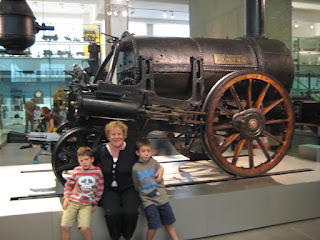 The boys had a great time at the hands-on exhibits while Nigel and I went to see George III's collection of scientific instruments.

Despite all this activity we still had some time for hanging around... 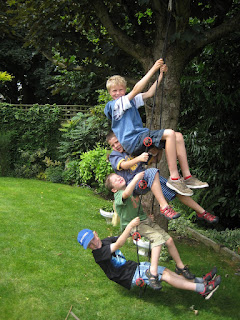 Apparently Penny had complained that she was the only family member not to have hand-knitteed socks, so for her birthday, I redressed that. 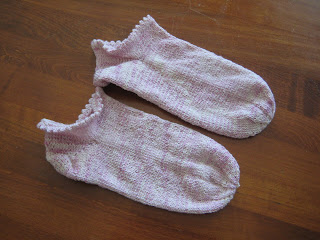 Short socks knitted from Tofutsies using the 'Foot the Bill' pattern which came with the yarn from Green Planet yarns. 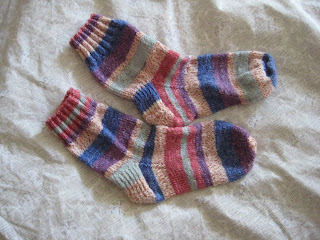