So....Ferretworld had an unplanned hiatus...but we're back now after a couple of busy weeks.


We've signed the boys up for a Flag Football league. Its a non-contact form of American football (here it's called, of course, "football") and they had a spring season kick-off. Here the boys are meeting 'Spike' the league mascot: 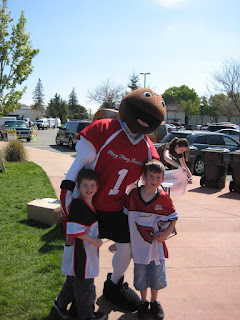 We also managed a day at the coast - this photo was taken on the front at Santa Cruz. 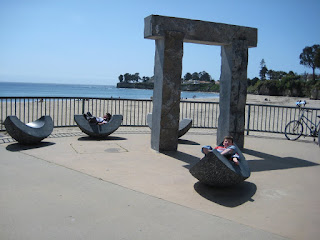 And naturally, there has been some dining! 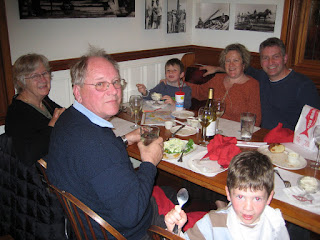 In the next thrilling installment: Spring skiing
Posted by Alison at 10:41 AM