As previously mentioned, Adam was promised a snowboard lesson on the successful completion of a chapter book. Of course, with this sort of motivation he quickly read "Horrid Henry Tricks the Tooth Fairy" and has been looking forward to snowboarding ever since.

Although mid-April is the very tail end of the skiing season in Californina, we had a lot of snow this winter and there was still good coverage at Bear Valley. It was also a lovely change from our last trip, when we skied in a blizzard, to be skiing in glorious sunshine. 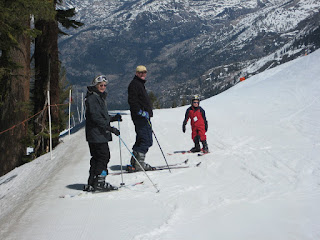 Adam arrived on the slopes for his lesson with Stephen. Here he is on his first run down the Panda chair slope: 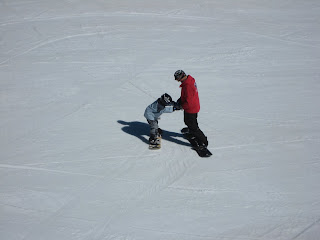 by the end of the first run down he was sideslipping on the board, and by the afternoon he was doing 'falling leaf' and 's' turns down the blue runs. 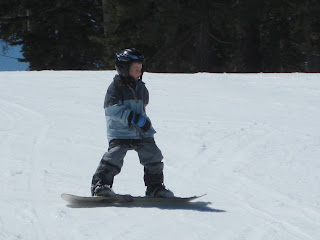 Finlay also improved his skiing and his confidence, our main problem was keeping up with him as he belted off down the hill... 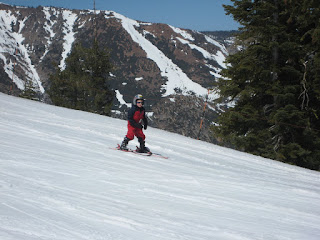 The highlight of Adam's afternoon was boarding with daddy... "just two boys together on snowboards"... 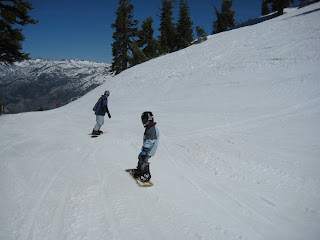 We had a lovely day, and it was the perfect way to celebrate Mammie's birthday - she was only disappointed that free skiing does not kick in at Bear until age 75...a way to go yet!
Posted by Alison at 10:48 AM