I left my heart..

We headed up to San Francisco this Sunday. We started off at the ice rink on the Embarcadero. The boys had a blast! 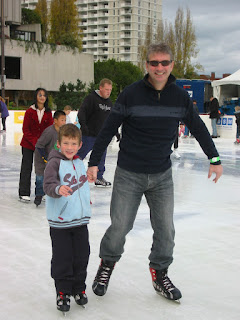 Adam did one circuit with Nigel, then he was off. After 45 minutes he was whizzing around the rink. Finlay decided it was easier without holding anyone's hand. 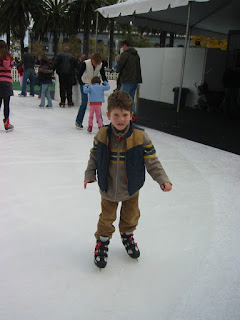 I decided to mind the shoes!

We walked from the Embaradero up to Chinatown for Dim Sum (by special request). Again, the boys were very good at trying new things and discovered that they both loved pork dumplings and Finlay also ate 3 shrimp pancake things.

After lunch we listened to a many playing a Huqin and he let them both have a go. The camera battery had given up by then - so no photos!