This year we went to Seacliff State Beach. 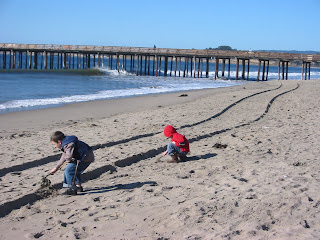 It is known for the concrete ship "Palo Alto" which was built as a tanker during the first war, concrete being an alternative to wooden ships. It was never used as a tanker, but was moored at Seacliff in the 1930s as a 'pleasure ship' with a ballroom, and indoor swimming pool. It broke up after a couple of years and has been at Seacliff ever since as a wreck and popular fishing spot. One thing that entertained me in the little visitor center was a photo of the ship from 1958 with a sign saying "To preserve the pristine nature of the ship please throw all refuse overboard"!! Times have certainly changed. 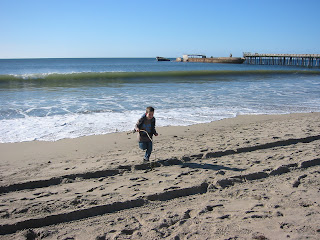 The visitor center had some interesting exhibits including a children's touch pool and a baby swell shark that they had hatched from an egg (not in the touch pool!).

As we walked along the beach we found this sandman: 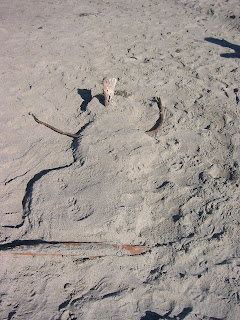 The boys had to make one of thier own: 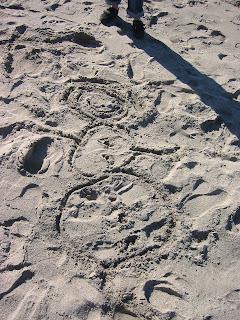 Much of the rest of the USA is blanketed in snow - but I guess here in Northern California children need to find other alternatives to snowmen.