December is a busy month for us, as well as Christmas, we have 2 birthdays and our wedding anniversary. Add to that the LG Christmas Parade and various end-of-term things at school - well, blogging took a back seat!

December saw the boys turn 8 and 10 - Adam now in double digits (which he is inordinately proud of).

Fin had a birthday at school which he seemed to like - they sung to him and all signed a big card. For his birthday he requested a lava lamp! 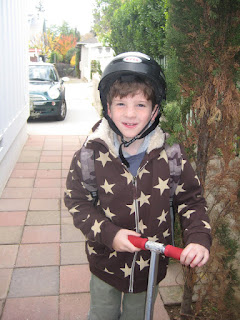 Followed by cake at home.

Adam celebrated his birthday in NorthStar where we went for a few days skiing. He spend the day snowboarding, followed by cake of course! 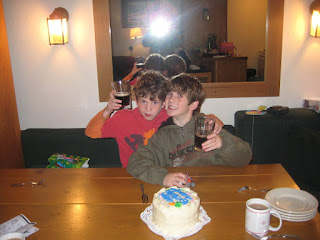