We celebrated the 4th of July by attending the annual LG concert given by the San Jose Wind Symphony. Their programme included 'patriotic music' as well as many poor jokes from the conductor. 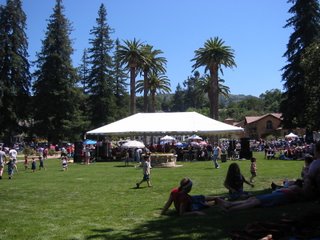 The Civil War reenactors always bring their cannon and the finale of the music programme includes some very loud gunshots. This always sets of any car alarms nearby and scares small boys (apparently). 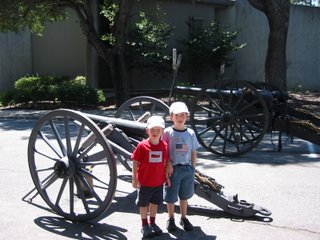 The highlight of the concert occured when, as we were leaving we passed a couple of the LG Police from the search and rescue unit just leaving on their ATVs. The boys were fascinated - and thrilled when the officer offered them a 'sit' on the bikes. 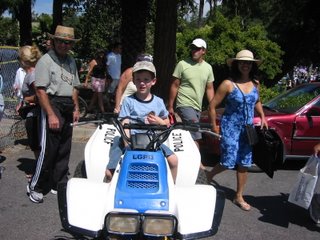 Of course before they could ride the bikes they had to be sworn in as junior officers... 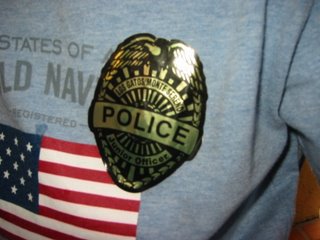 I did not see this one either!! How wonderful - "aren't your policemen just wunnerful?"