We spent the Labor day weekend in Gold Country. We took the boys to Columbia State historic park which was a great success. Columbia was an early Gold Rush town, and at one point it was one of the largest towns in California with some of the richest gold deposits. 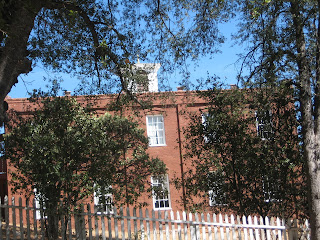 A surprising hit was some children's toys that the park rangers had available. Finlay was a demon with the hoop rushing up and down the street. 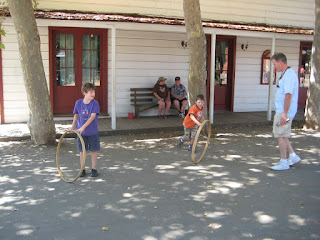 They also enjoyed the tug of war... 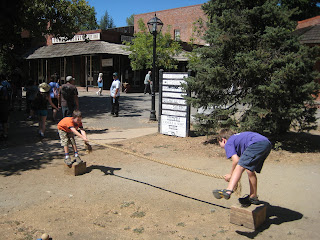 We visited the school house where they were appalled by the dunce's cap, and we stopped for a sasparilla at the saloon where the major attraction was being able to throw peanut shells on the floor!
Finally, of course we panned for gold. The boys took this very seriously and were thrilled to be rewarded with some tiny flakes of gold which they bought home. 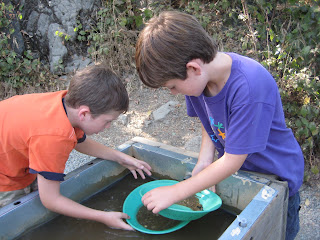 Sunday we visited Railtown 1897 in Jamestown where we rode on one of the steam locomotives. 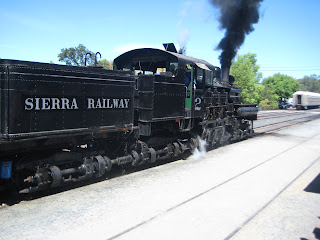 We had a great weekend in Gold Country, staying again in Murphys with the obligatory trip to Nelson's Candy store.
Posted by Alison at 7:45 PM

Nelson's Candy store, might have to check that out sometime!