As we have on several previous Thanksgiving holidays we spent the day at Disneyland. It was quieter than we have ever seen before, at least until after the parade when things got busier. 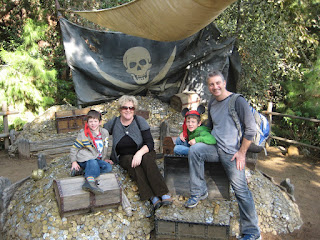 We saw the usual characters...either Chip or Dale actually sat on Adam although I was not quick enough to get a photo of that! 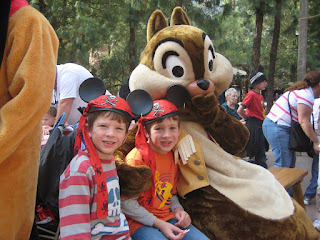 The boys especially loved the pirate island and joined in with the pirate show. 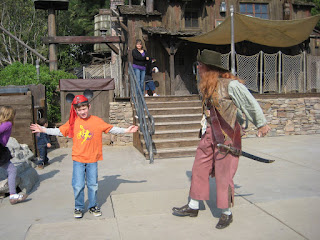 and Nigel made it onto the stage for the magic show. 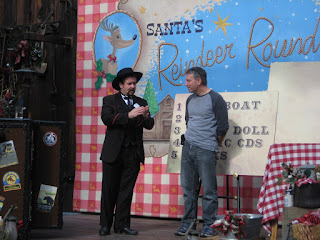 We also ran into this fellow...complete with live reindeer.. 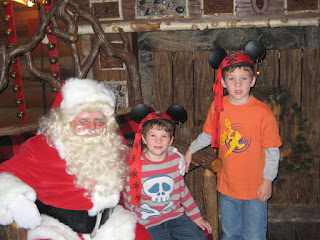 and of course it would not be Thanksgiving without the turkey. This fellow is the 'pardoned' turkey 'Pumpkin', fresh from the White House. (Apparently he flew first class from Washington to make it to LA the same day). 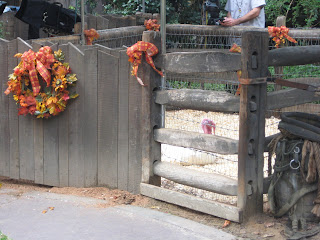 It was lovely to see the Christmas parade, which included Mickey and Minnie skating on a real ice rink atop a moving float! The parade was Finlay's favourite part. 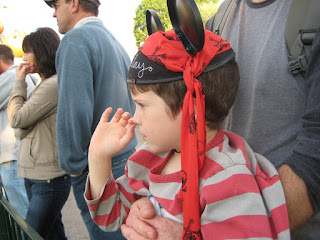 We finished up our little vacation with a stop at the beach where the boys reenacted the jedi show. 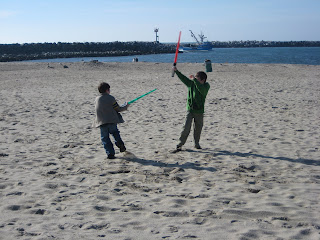