Adam has done quite a bit of sewing at his after-school care and when his teacher offered him the dinosaur pattern on the polyfil bag he jumped at it. This weekend we were all starting with the flu so it seemed a good opportunity to make dinosaurs. 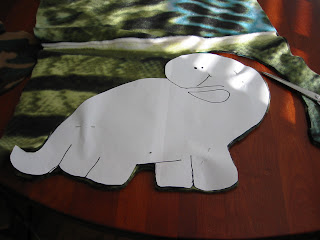 Adam chose the fleece; camo for one side, lizard for the other (he couldn't decide). He also chose a bright red thread so his neat stitching would show. 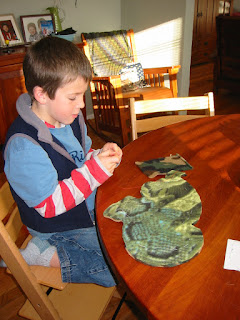 He really does have neat stitches. Finlay of course had to join in and so Adam showed him how to do blanket stitch. Finlay had some help with his sewing but Adam sewed all his dinosaur himself. 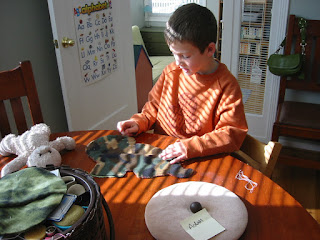 and like his mother - he has pride in his own creations... 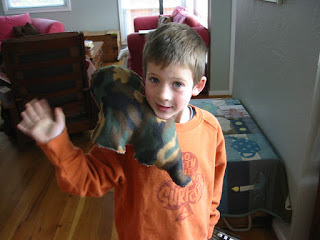 Here is Finlay's dinosaur. We didnt add the eyes and mouths yet because the boys couldnt decide how they should be. 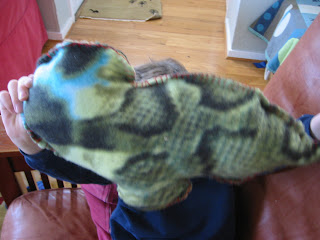 The dinosaurs turned out really well, didn't take too long to make, and they have both become snuggly bedtime pillows.

That's some good after school care! The dinosaur looks great.