I did not fall off the earth...part one

The last few weeks have been packed full of activity with no time for blogging (or apparently cleaning my house). So, what have we been up to?

Adam entered the children's race of the Cat's Hill Bike race. It was fun to go and watch, and we stayed to watch some of the adult races which turned out to be very exciting. Adam had a cautious start to the race, and Nigel ran alongside him on the course - but I think next year he might be more confident to actually race. He had a good time though and was pleased with his medal. 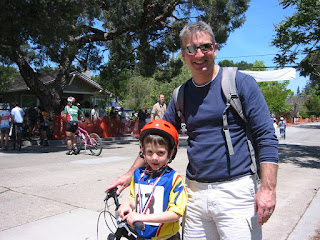 We then headed down to the High School lawn for the Childrens Faire. It was too hot and we were too hungry to stay for long, but the children went on the bouncy castle and also posed for this photo: 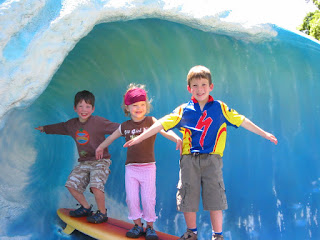 The fire brigade was also at the Faire and the three oldest got a chance to sit inside the engine. Adam and Finlay also got to try on the firefighter clothes, they were shown how to step straight into the trousers and boots. 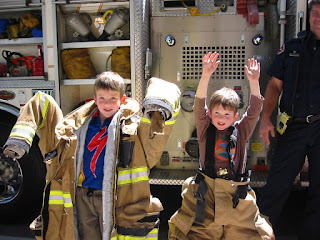 In sadder news; we had to let the ants go. After Finlay dropped the ant farm we were down to 3 rather sorry looking ants and the gel developed mouldy patches. Finlay was very sorry to see them leave as we released them near their nest. I had to promise to build another ant farm, but so far he seems to have forgotten, and I'm not saying anything! 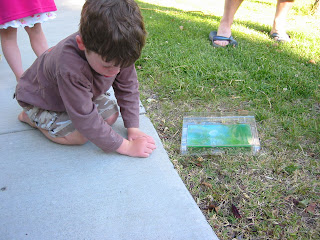 At the weekend we made another trip to Wilder Ranch. Gill and I walked with Ned, the others rode bikes to Landing Cove. The weather was gorgeous and we ate our picnic on the beach. The children played in the surf before we headed back home to the pool. 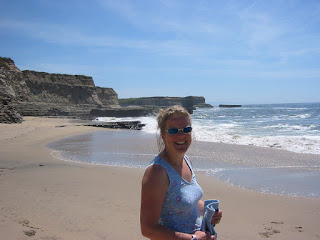 Continue reading for the next installment.
Posted by Alison at 8:49 PM