Ferretworld: wish you were here

We had a summer vacation in the USA this year and took the boys to Washington DC. 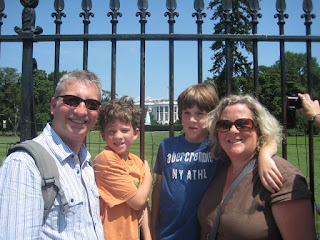 We had a fabulous time, even though our visit coincided with a heatwave - we did manage to cool off somehow. Here we are in front of the National Archive after we went to see the Declaration of Independence, among other things. 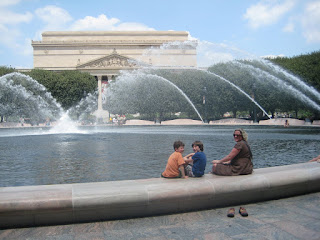 The boys assumed a very "them and us" attitude towards the former colonial power! We spent several days on the Mall hitting the museums. The Air and Space Museum was a favourite - here we are touching a moon rock! 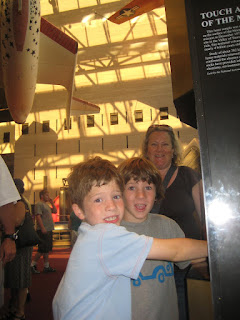 We also took the time to visit the other monuments and memorials along the Mall. This was a favourite... 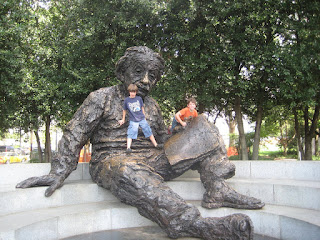 The Einstein memorial is hidden away to the side of the Mall and was deserted. One day we rented a car to get out of the city and visited Manassas - also known as Bull Run. It's the site of the first major battle of the civil war as well as a second battle on almost the same ground. It was a fascinating park with an excellent Junior Ranger program. Here the boys are brandishing their certificates from the program in front of the statue of Stonewall Jackson. Manassas was where he acquired his nickname: "There stands Jackson, like a stone wall" is inscribed on the plinth. 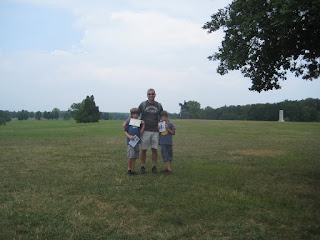 The same day we also visited the Udvar-Hazy Air and Space museum at Dulles which was excellent. Fin was thrilled to discover that they have a space shuttle. 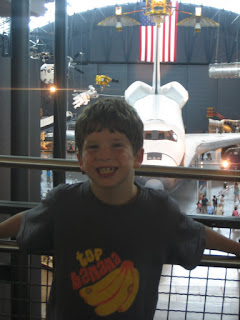 We had a super time in the nation's capital. DC is very family-friendly with excellent public transport. We stayed at the Kimpton Topaz and the Marriot Wardman Park which both worked out well for us. I think we only hit a fraction of the things that there were to see and do - but that just leaves us an option to go back again! 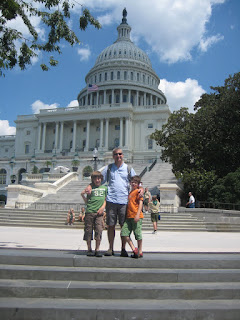