The boys managed to spin Halloween celebrations out over several events:


First up - the school parade and party on Friday featuring Harry Potter; 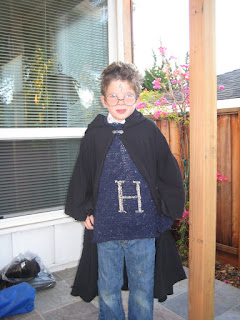 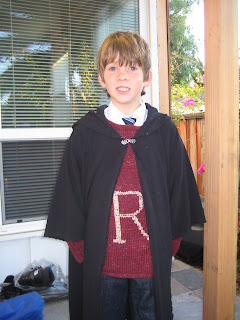 As a reward for a great win last week Adam's soccer team played in full team colours on Saturday; This is cleat inspection before the game, Adam facing forward in front: 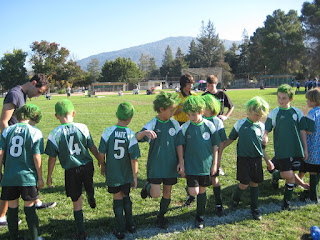 Adam playing here in number 9 - sadly they did not win despite their fearsome appearance. 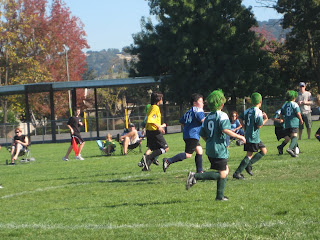 Finally on Saturday night we got invited to 2 halloween parties, and went trick-or-treating around the neighbourhood. They were so pleased that I dressed up too (I'm supposed to be Mollie Weasely). 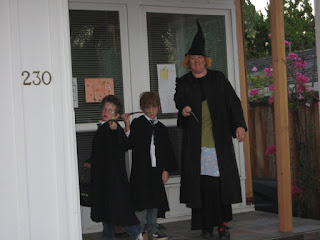 Adam filled his candy bucket and was reduced to saying "Trick or Treat!, but actually I don't want any candy". As usual we transacted the candy-for-lego exchange!
Posted by Alison at 9:50 AM