A ride in the woods

Over the long weekend we discovered a new (to us) bike trail. We drove out to Pescadero Creek State Park and rode the Old Haul Road Trail.

The trail is an old logging road that runs five miles between Portola Redwoods State Park and Pescadero Creek Park. The trail is quite hilly and we made it half-way there before turning back. When I say "hilly" I mean for small boys who found it rather hard work, we had to walk up quite a lot of the uphill grades, but they did enjoy the downhills! 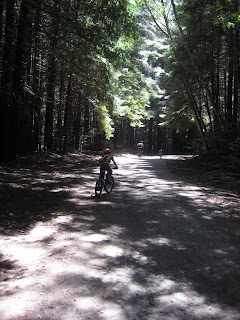 The trail is shady and was pretty cool, we didnt see much wildlife, but given the noise the boys make that is probably not surprising! There was not much other traffic on the trail.

The whole area was logged until the mid-1970s and there is a lot of evidence of logging. 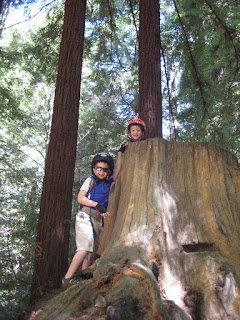 On the way back we stopped at one of the view points off Skyline: 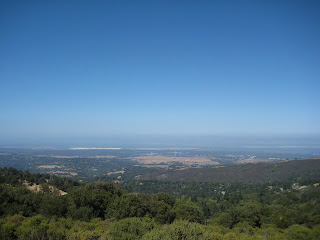 A large part of the area off the West side of Skyline Blvd is Open Space preserve, and various state parks.