On Sunday we set off for a bike ride. This was the second attempt; on Saturday we got half-way to Santa Cruz before the boys fighting in the back turned us around and back home! Sunday was a much better day 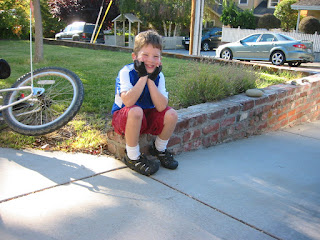 We went to the coastal side of Big Basin State Park to try to Skyline to the Sea trail (although we were headed from the Sea). It was a lovely trail, heavily wooded and running alongside Waddell Creek. 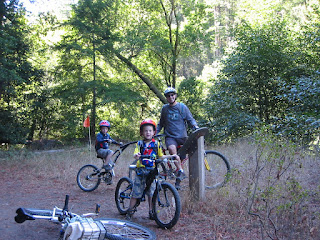 We didnt get too far up the trail, after a couple of miles the trail became very narrow with steep drop-off to the side so we turned back. 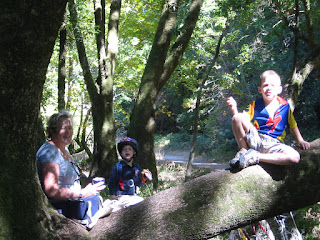 But not before we had a snack in the tree. Tea for us and hot chocolate for the boys. 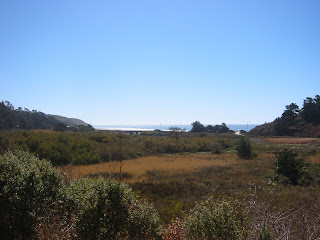 This is the view headed back down the last part of the trail, where Waddell Creek joins the ocean. There is a historical marker showing where some of the missionary priests camped for a few nights in the 18th century, and the boys were most mystified as to why they would camp...their idea of camping of course involves loading the car up with a million and one things!

Of course after all the exercise we needed sustenance, so we headed to our favourite wharf restarant: Gilberts. 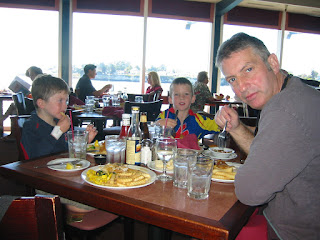 What did I eat? This one for Farve: 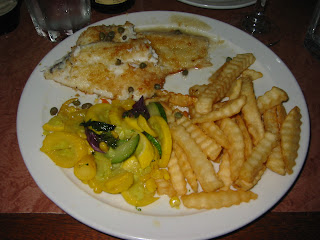 We spent some time after lunch watching these guys: 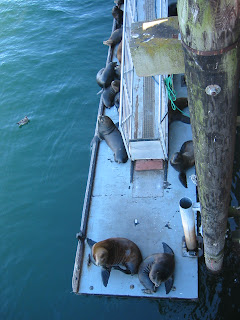 and pointing out to the boys that there was plenty of room on the pontoon for all the sea lions and no need to be fighting over places....we never like to miss a chance!