On skiing and being six

On Monday we headed up to the Sierras for a few days skiing at NorthStar. There was not a great deal of snow - but quite a lot of the resort was open and there was enough skiing for us for 3 days. Tuesday was Adam's sixth birthday - he celebrated with a long day skiing. 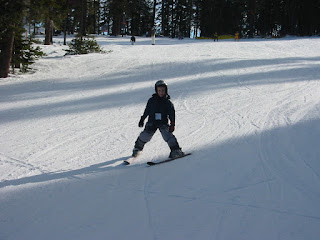 He is very confident now and we can pretty well ski all over the green and blue runs at Northstar. He skiied from the summit of mt Pluto to the village. We also had birthday presents and cake of course.

Finlay was less keen on the skiing. We did get him out for a few hours each day skiing on the end of our poles. He also skiied a lot of the green and blue runs but does not share Adam's confidence. What he really wants to do is play in the snow. 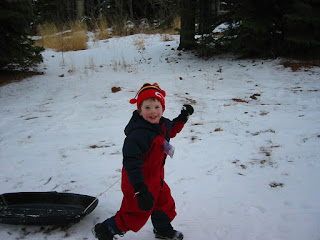 He discovered that a toboggan goes much faster when Mummy sits on the back! He also wanted to build a snowman, but in the village there was not enough snow so we made something smaller... 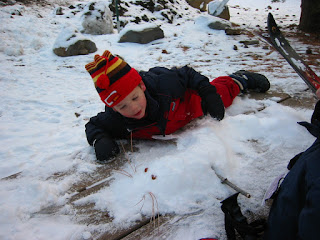 It's a snow-ferret - here with my own dear ferret.