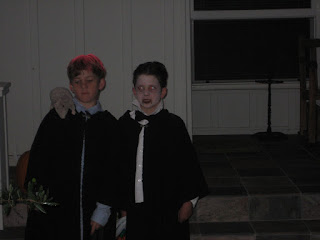 Adam was Ron Weasely again (note Scabbers the rat). Fin decided to be a vampire - he was thrilled that Nigel actually had a bow tie for him to wear - clearly his vampires are more Hammer House of Horror than sparkly Twilight ones. He was most insistent on the white/grey face make-up as he said "Vampires don't have freckles"!

We met up with some friends and toured our neighbourhood. 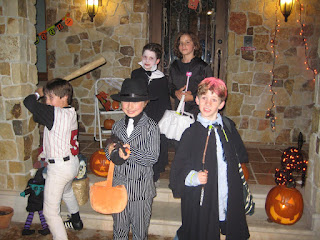 I even joined in the dressing up. I painted on some moles - Fin asked if I had grown them specially for Halloween - I guess my make-up skills are pretty good. 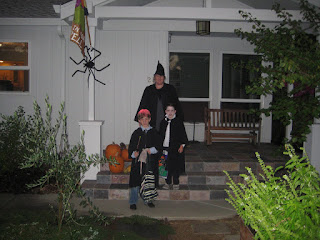 The boys could barely carry all the candy they collected. Fin sorted his out into "groups" as soon as he got home. 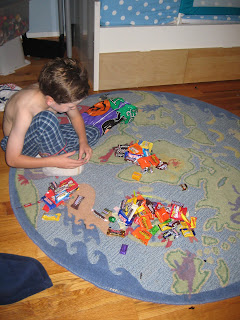 Halloween gets more fun each year as they get more involved with the preparations.
Posted by Alison at 9:19 AM