On Saturday Nigel turned 45. The day started out with much excitement and presents alround. 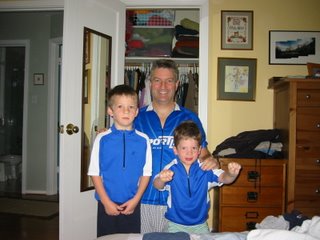 After Nigel had cooked his breakfast bacon, and we extinguished the fire we went out to Emma's 5th birthday party. This was held at a small stables in the Santa Cruz mountains. We got there early so we fed the hens. We even got to pet the hens which was a first for me (surprisingly soft and fluffy). 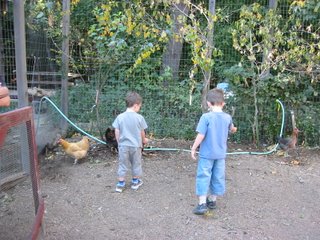 The party activities included crafts and pony rides for everyone. Adam was very pleased with himself; here seen riding Apple. AS you can see the saddles were all 'western' saddles. The stable owner told Adam to hold onto the horn (which I had previously told him was called the pommel). He correctly pointed out that the pony didn't have horns. 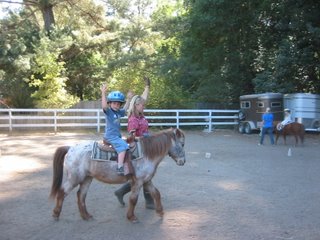 Finlay was not expecting to ride so was thrilled when he got the chance for a ride on Pony Boy. He had a grin from ear to ear. 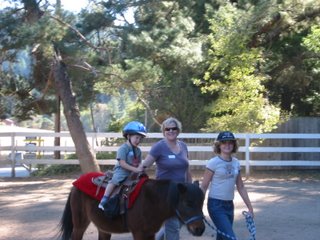 The birthday party was probably the most mellow childrens party I have attended and the setting was lovely and peaceful. It was hard to believe we were only 20 mins away from home.

We came back to our second birthday cake of the day, this one made by the boys and I. 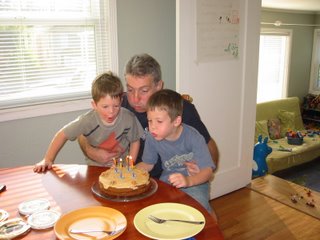 We rounded off the day with a nice steak which Nigel cooked for himself on the barbeque!

It looks like a wonderful birthday. You can tell Adam and Finlay they are braver than I am - riding horses!!