Last week we took the boys out of school for a short mid-term break. (It was conference week so we missed only about 6 hours of school). We flew to Las Vegas thanks to Southwest Airlines cheap flights, rented a car, and drove to Zion National Park. 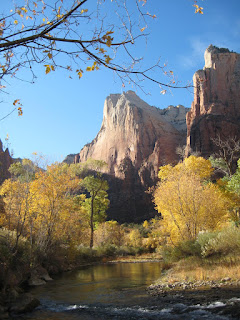 We arrived late in the evening, and when we awoke were greeted by the fabulous red rocks of Zion. 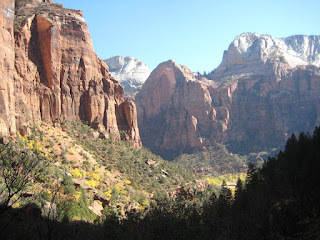 We had no plans except to relax and spend time outside. The weather cooperated with 80 degree temperatures and beautiful blue skies. We hiked up to the Emerald Pools on the first day, amazingly without a word of complaint from the boys, maybe because there was plenty of opportunity for climbing and messing about. 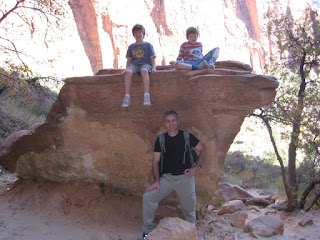 Finlay tested whether the red rocks really did make red mud....they do! 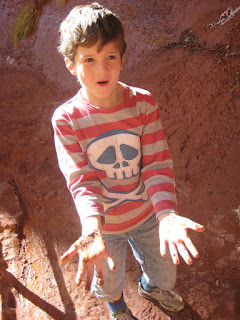 In the afternoon we visited Grafton, a ghost town close to the park. The town was the setting for some of the scenes from Butch Cassidy and the Sundance Kid, and comes complete with an old cemetary. The boys were particularly interested to see how many children died young. The town was abandoned at the turn of the century but not until they had built a nice school house. The boys remarked how similar the school house was to the one we visited in Columbia. 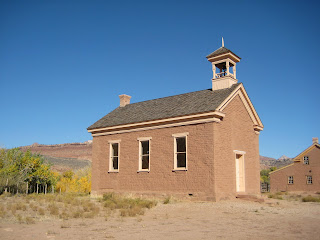 Our second day we spent on the valley floor, walking along the riverside trail, and messing about in the water. 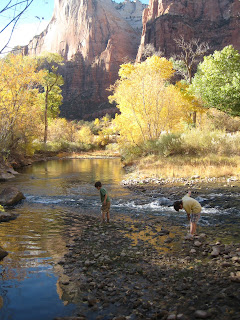 We also found some big rocks to climb... 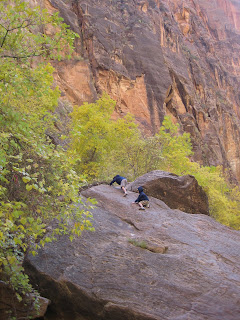 It was a beautiful time to visit the park, not only did we get the lovely effect of late sunshine on the rocks, but we also got to see the colours of the 'quaking' aspens in the valley floor. 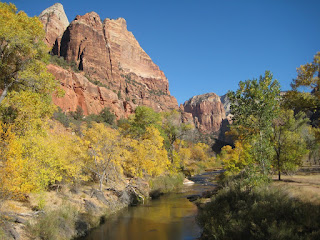 We had a lovely rejuvenating break which felt like a much longer vacation. 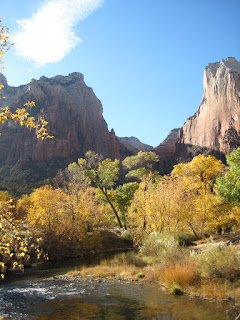 Oh how lovely! We saw Zion at the beginning of Spring but Fall looks lovelier!